The Soggy Dollar beach hut is situated at the Old Hunstanton beach. It is available to hire to guests staying in any of the Ocean Breaks Norfolk properties* 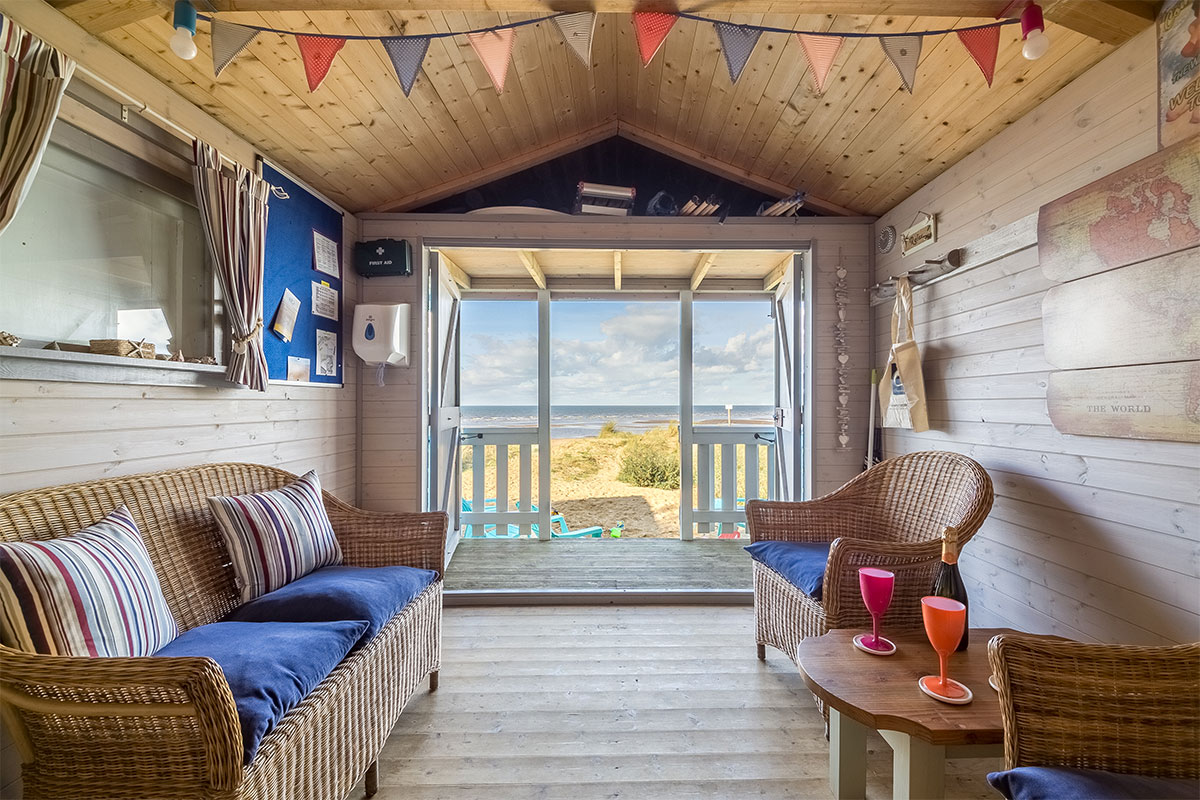 This small settlement adjoins to the north of the larger resort of Hunstanton or New Hunstanton. The quiet character of Old Hunstanton remains distinct from and complements that of its busy sibling, with clifftop walks past the disused Old Hunstanton Lighthouse and the ruins of St Edmund’s Chapel, built in 1272. King Edmund supposedly built the village. The River Hun runs to the coast just to the east of old Hunstanton.

The parish church of St Mary, situated in the grounds of Hunstanton Hall, is a Grade I listed building.

It was built by Sir Hamon le Strange in about 1300 and extensively rebuilt and restored during the 19th century by architect Frederick Preedy for Henry Le Strange (1815- 1862), developer of New Hunstanton.

St Mary’s churchyard contains the graves of a customs officer (William Green) and a soldier (William Webb), both of whom were fatally wounded during a skirmish on the Hunstanton coast with smugglers. The clash occurred on the night of 25 September 1784, also claiming the life of another customs officer named Rennett. However, although the alleged perpetrators were tried at Thetford the following year it proved impossible to secure any convictions.

We use cookies to ensure that we give you the best experience on our website. If you continue to use this site we will assume that you are happy with it.Ok